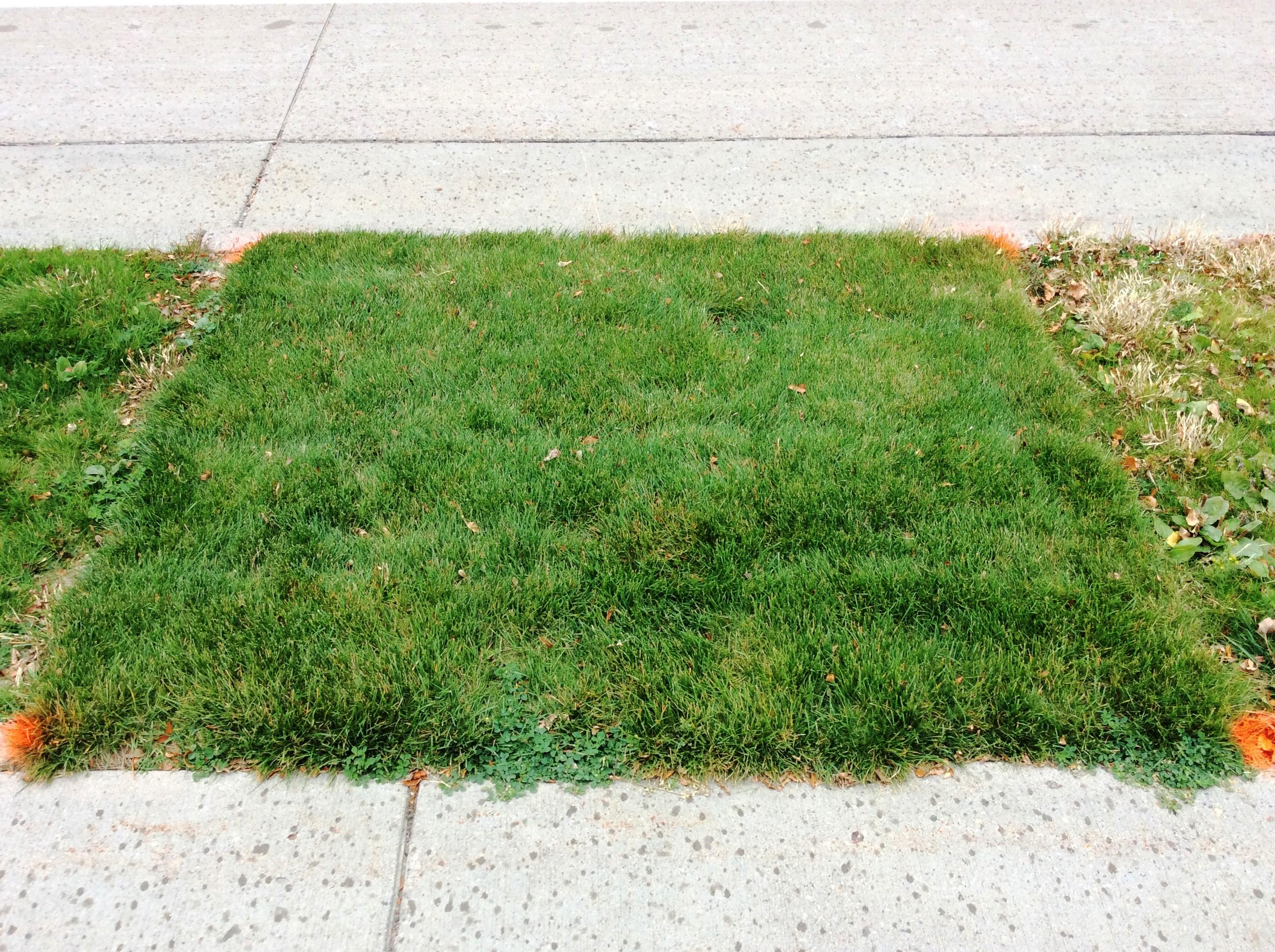 What are our former graduate students and postdocs doing now?

Sam Bauer received an M.Sc. in Applied Plant Sciences in 2011. His thesis work focused on late fall nitrogen fertilization and methods for increasing creeping bentgrass in golf course fairways. Later, he joined UMN Extension as Extension Educator for turfgrass, a position he held until 2018. He is now the executive director of the North Central Turfgrass Association and a consultant, working on a number of turf-related projects in Minnesota and the surrounding states.

Matt Cavanaugh evaluated methods for establishing no-mow fine fescues on golf courses for his M.Sc., which he received in 2012. Matt then worked in industry, returned to conduct research in our program, and is currently golf course superintendent at Rush Creek Golf Club in Maple Grove, MN.

Dominic Christensen graduated in late 2021 with a M.Sc. degree in Applied Plant Sciences. His thesis work focused on designing and testing multi-species mixtures for roadsides in Minnesota. After graduation, he worked as a researcher for the turfgrass research group and is currently a soil conservationist in Glencoe, Minnesota for the Natural Resources Conservation Service.

Matt Clark completed an M.Sc. degree working with prairie junegrass breeding in 2010. He then joined the apple breeding program at the University of Minnesota where he received a Ph.D. and completed a postdoc.  Matt is now Associate Professor in Horticultural Science at UMN leading the grape breeding and genetics program.

Shane Evans joined our team in March 2020 as our lawn water conservation educator. In that role he collaborated with the Metropolitan Council to advance outreach and research aimed at reducing water use throughout the Twin Cities. In 2021, Shane moved on to a position with The METER group in Pullman, Washington.

Josh Friell led our first major research efforts on roadside turfgrasses beginning in 2010. His Ph.D. work resulted in a number of publications and helped us continue to lead in the area of roadside turfgrass research. He obtained his Ph.D. in 2014 and is now a Senior Principal Research Scientist at The Toro Company, where he works with the Center for Advanced Turf Technology group. He is also Adjunct Assistant Professor in the Department of Horticultural Science at the University of Minnesota.

Garett Heineck completed his M.Sc. in Applied Plant Sciences with an emphasis on plant breeding and genetics in 2016 and his Ph.D. in 2019. His work throughout both degrees focused on improving seed production systems for perennial ryegrass via breeding, agronomics and fungal endophyte enhancement. After graduating, Garett continued to work as a postdoc at both UMN and Washington State University. Garett is now a cropping systems agronomist in the Northwest Sustainable Agroecosystems Research Unit of USDA-ARS, stationed in Prosser, Washington.

Lindsey Hoffman joined our group for a post-doc from 2013-2014 to work on metabolomics-assisted breeding of perennial ryegrass. Lindsey is now area sales manager for Envu in Fort Worth, Texas.

Brent Hulke focused on improving winter hardiness in perennial ryegrass. He finished his Ph.D. in 2007 and then joined the USDA-ARS to lead their sunflower breeding program in Fargo, ND. You can read more about Brent’s research program here.

Aaron Johnsen conducted research on turf irrigation efficiency for his M.Sc. which he completed in 2008.  He then moved on to work in the turf industry and finally found his way to Land O'Lakes Inc. / Winfield Solutions, where he worked  for 11 years, the last two as Director of Golf Business. He is now working at Biolawn, a company he co-founded.

Ian Lane was co-advised by Dr. Watkins and Dr. Marla Spivak in Entomology. His work on bee lawns has received much attention and interest. After completing his M.Sc. in spring 2016, Ian stayed in Entomology to pursue a Ph.D.and is now working in Minnesota for the US Fish and Wildlife Service as a data scientist.

Joan Barreto Ortiz graduated with an M.Sc. in Applied Plant Sciences in late 2021. His work focused on increasing our understanding of seed shattering in perennial ryegrass so that plant breeders can develop cultivars with higher shattering resistance. Joan is now pursuing a Ph.D. in the lab of Dr. Candice Hirsch in the Department of Agronomy and Genetics at the University of Minnesota.

Dominic Petrella began as a postdoctoral associate in our group in 2017 and later was promoted to a research position. He worked on a number off different projects related to plant physiology and breeding, with his most significant contributions being in the area of research on the effects of light on turfgrass growth and development; in particular, he led projects that resulted in new approaches to screen cool-season turfgrasses for growth in foliar shade. Dominic is now an assistant professor at The Ohio State University Agricultural Technical Institute where he coordinates the turfgrass degree program and conducts turfgrass physiology research.

Yinjie Qiu completed his Ph.D. in plant breeding and molecular genetics in 2020. His Ph.D. work focused on using different high throughput sequencing methods, such as next-generation sequencing, PacBio isoform sequencing to answer genomics questions in low-input turfgrass fine fescues. After his postdoc at the Maize Translational Genomics lab at the University of Minnesota, he is now working as a Research Informatics Analyst at the Minnesota Supercomputing Institute on cancer genomics research.

Maggie Reiter was part of our program beginning as an undergraduate and through her M.Sc. degree. Her master’s thesis examined selection and management of fine fescues for golf course fairways. She completed her M.Sc. degree in May 2016, and then worked in turfgrass Extension in both California and Minnesota. Maggie is now a Senior Scientist for Sunday Lawn Care.

Dan Sandor served as a postdoc from 2018-2019 and conducted our water-conservation research projects with the Metropolitan Council, and developed the irrigation technologies research project seen at the Minnesota Landscape Arboretum. Dr. Sandor also led numerous outreach-education events throughout the Twin Cities Metropolitan area, including the lawn-education exhibit at Minnesota State Fair. He is now an Assistant Professor of Turfgrass Science at Virginia Tech.

Chase Straw was a postdoc here from 2018-2019. His research focused on the spatial and temporal variability within turfgrass systems to develop practical strategies for reducing management inputs and improving the overall user experience. He is now an Assistant Professor of Turfgrass Management and Physiology at Texas A&M University.

Jon Trappe worked with our group as a postdoc in 2016-2019.  His primary efforts involved several projects on roadside turfgrass research funded by MnDOT. He also was involved with research on allelopathy in fine fescues and played an important role in homeowner outreach. He is now the Turfgrass Extension Educator here at the University of Minnesota.

James Wolfin completed an M.Sc. degree in Entomology conducting a project on bee lawns that was a collaboration between the UMN Bee Lab and UMN Turfgrass Science. James now works at Twin City Seed Company as a Conservation Specialist and Sales Representative.