The seven county metro area uses nearly 350,000 tons of road salt each year with uses coming from the Minnesota Department of Transportation (81,000 tons), counties (70,000 tons), cities (115,000 tons), and private entities (84,000 tons) (Sander et al. 2007).  The salt that is being used on Minnesota roadsides is often too high causing death for many of the grasses established in these areas.  Why do we even attempt to grow grass on roadsides?  Benefits of having roadside grasses are improved water quality, erosion reduction, trapping containments coming from the road, provide animal habitat, reduce road noise and provide an aesthetic value to the landscape.  To date there have been significant steps taken to improve grass survivability on Minnesota roadsides.  Initial work at the University of Minnesota has revolved around finding a better grass species mix that is more tolerant to salt applications used in Minnesota during the winter (Friell et al., 2012; Friell et al. 2013).  This work has resulted in a salt-tolerant sod quality assurance program that provides salt-tolerant sod for use on roadsides in Minnesota.  Before going on I would like to define “salt-tolerance”.  Tolerance means that a plant can take certain amounts of salt before it will eventually die from over application.  Tolerance should not be confused with resistant which would imply that the grass would not be impacted by the application of salt. 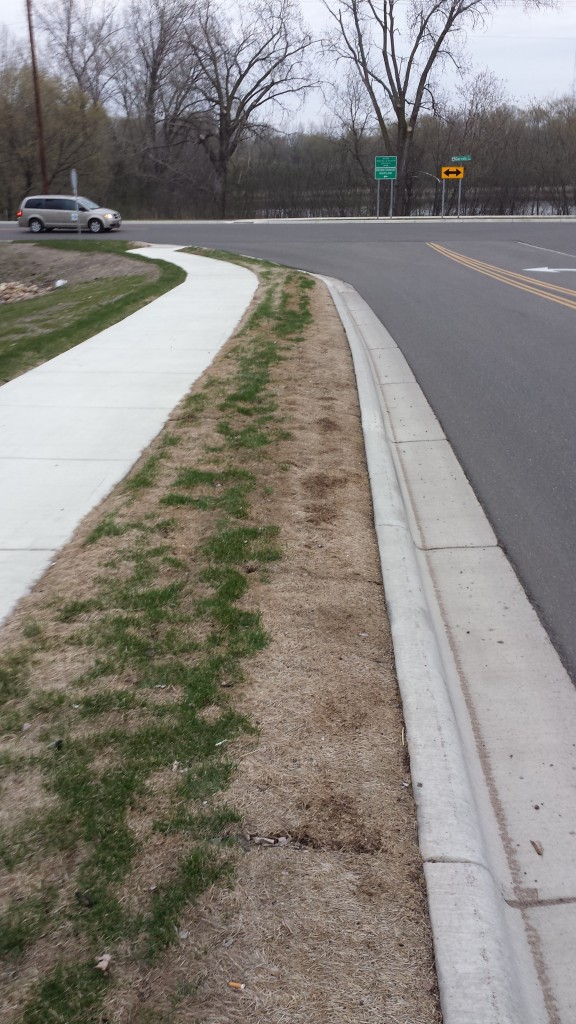 Alkaligrass represents as much as 20% of the mix and, as the name implies, is a very salt-tolerant grass. However, research at the University of Minnesota has demonstrated that alkaligrass is not very persistent in the low-maintenance environment of Minnesota roadsides.  So, as much as 85% of the original salt-tolerant mix does not perform very well, long term, on Minnesota roadsides.  What does perform well then?  What species will provide the best salt-tolerance and long term survivability?

A total of 9 different turfgrass species representing 75 turfgrass cultivars were evaluated for salt-tolerance on Minnesota roadsides (picture 2).  This evaluation resulted in the recommendation of a new salt-tolerant roadside grass species mixture to be used in Minnesota.  Most of the top performing salt-tolerant species ended up being fine fescues.  The term fine fescue represents 5 turfgrass species that all have very similar traits including shade tolerance, drought tolerance and low fertility requirement.  Fine fescues include slender creeping red fescue, strong creeping red fescue, sheep fescue, Chewings fescue and hard fescue.  From the five species of fine fescues, research has shown that slender and strong creeping red fescue are best in salt loading situations and in areas receiving reduced fertility, thus making them a perfect choice for a salt-tolerant roadside mixture in Minnesota (Friell et al., 2012). 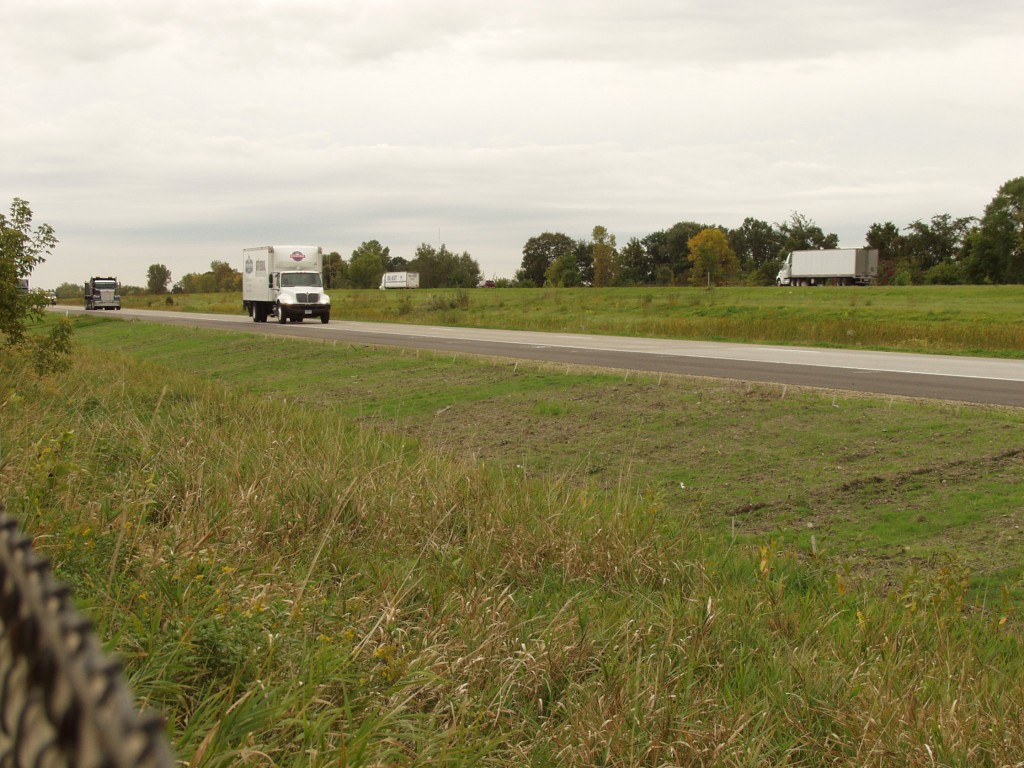 With the work conducted at the University of Minnesota, it was recommended to change the salt-tolerant roadside mixture to contain 40% total of a combination of hard, Chewings, and sheep fescue (several cultivar options), 20% slender creeping red fescue (3 cultivar choices), 20% strong creeping red fescue (5 cultivar choices) and 20% Kentucky bluegrass (4 cultivar choices).  From the
original salt-tolerant grass mixture, alkaligrass has been removed due to the lack of long term persistence in a low-input situation and the amount of Kentucky bluegrass has been greatly reduced from the original salt-tolerant mixture.  Kentucky bluegrass is currently still being used to provide added strength when these mixtures are being harvested for sod.  Historically, fine fescues are not used in sod production due to their perceived lack of  sod forming ability.  Research at the University of Minnesota has demonstrated that Kentucky bluegrass does not necessarily create a stronger sod and that mixtures containing fine fescue can provide acceptable sod strength which was not previously thought.  Roadsides represent the largest area of maintained turfgrass that we have in our landscape and provides great benefit to the landscape.  Developing species mixtures that are more tolerant to the pressures Minnesota winters provides will greatly enhance the roadside landscape in Minnesota.  Currently there are 6 sod farms producing (.pdf) salt-tolerant sod that is already on Minnesota roadsides including the boulevard in front of the Governors’ Mansion (picture 3). 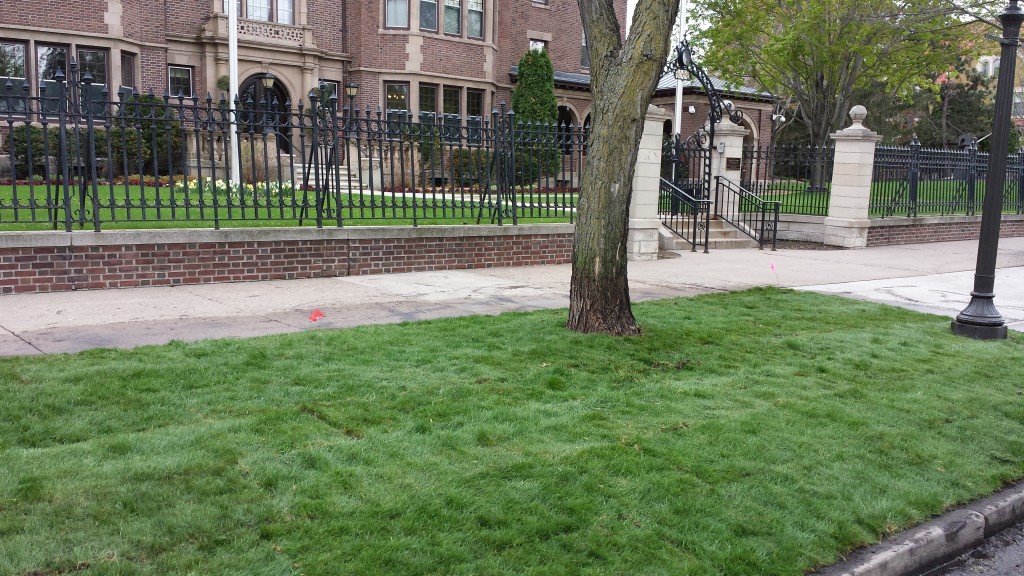