Major causes of turfgrass winterkill are crown hydration, direct low temperature kill, anoxic conditions under ice sheets, diseases like snow mold, and winter desiccation. These factors often work together to cause turf loss, and damage can be variable across the landscape of a golf course, sports field, or home lawn. During Minnesota winters, we don’t worry much about desiccation because we have consistent snow cover that protects the turf. This year, however, snow cover is scarce and most of Minnesota has snow accumulation below average. In some parts of Minnesota, the snowfall departure is around 20 inches below historical means (Midwest Regional Climate Center). 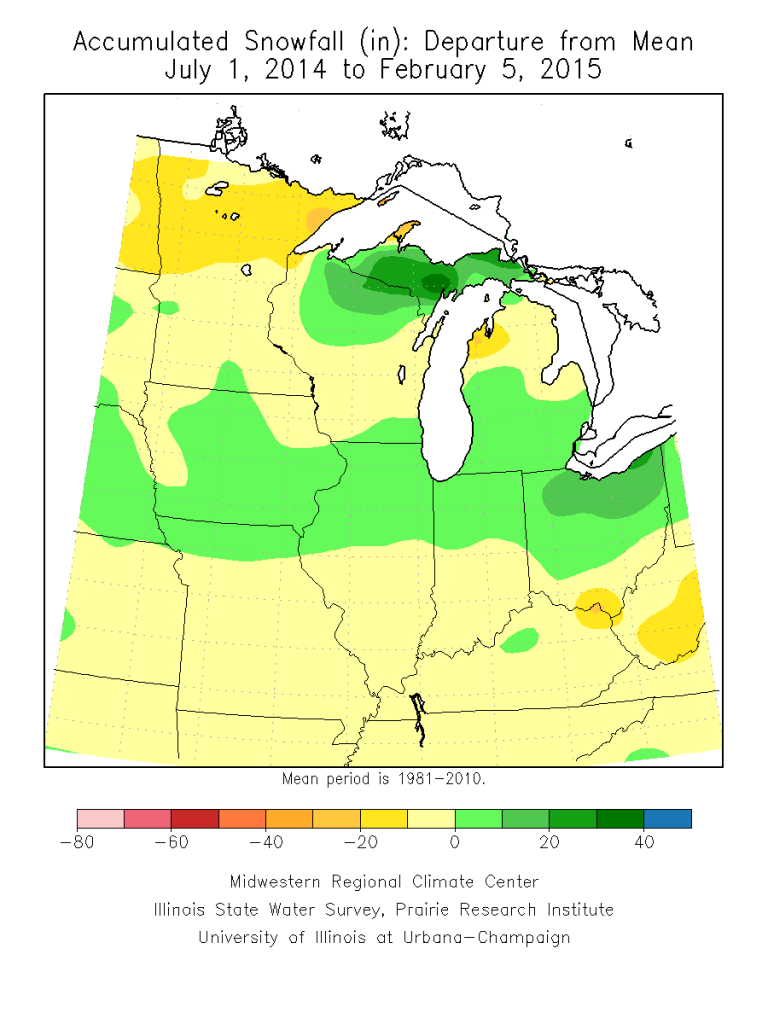 Desiccation is extreme dryness that occurs when water in the plant is lost at a faster rate than water is replaced. This is a form of abiotic stress that can happen any time of the year. Symptoms of desiccation involve tissue damage that appears as browning and thinning of the turf canopy. Desiccation to the leaves can be tolerated, and usually water dehydration is not severe enough to affect the crown of the plant. But, newly-seeded or succulent plants are more susceptible to harm and death could occur. Desiccation is most harsh on elevated areas that are exposed to dry winds (Beard, 1973). Winter desiccation can injure semi-dormant turfs in frozen soil, where the plants are not able to uptake water as fast as they lose water. In Minnesota, these conditions may happen in the late winter or early spring, especially with our recent lack of snow cover. 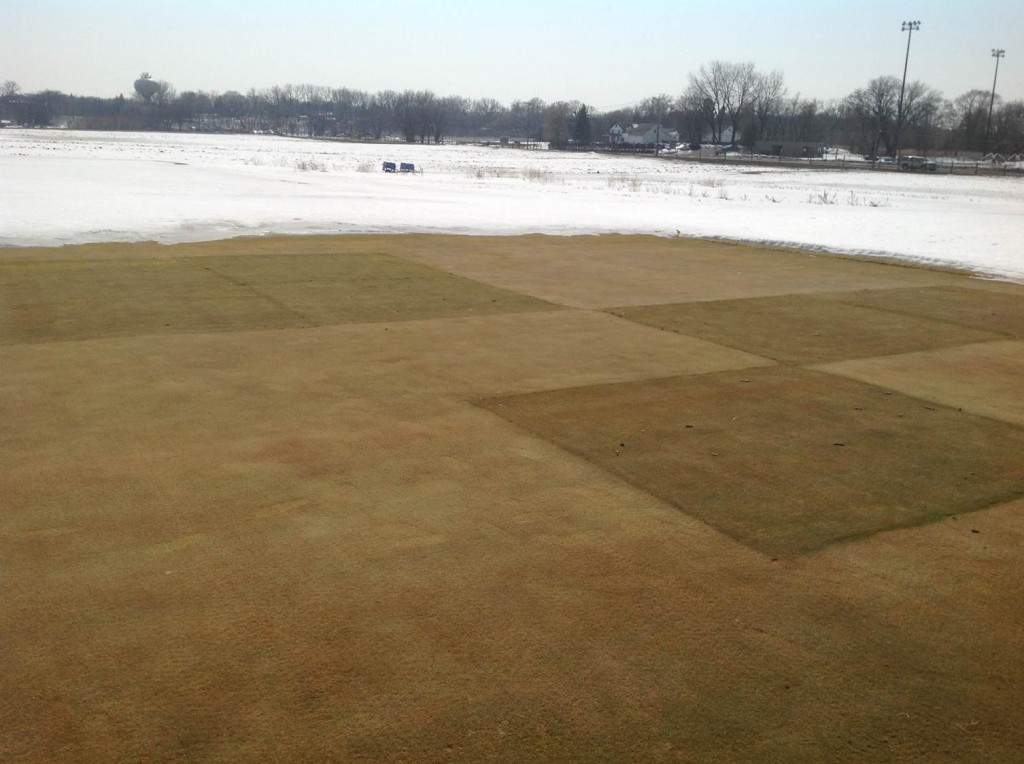 An anti-desiccation study at the University of Minnesota Turfgrass Research, Outreach, and Education Center

There is not a great deal of research on winter desiccation injury and management. In a field setting, winter damage is often a dynamic combination of factors and the impact of each effect is difficult to discern. In a greenhouse or laboratory, desiccating conditions can be challenging to reproduce. There is a decent volume of research on turfgrass drought, but the results cannot be translated to desiccation because drought tolerance is not the same as desiccation tolerance. Drought tolerant plants are able to maintain moisture inside cells when water availability is scarce. Desiccation tolerant plants are able to survive reduced water content in cells and recuperate when water becomes available (Alpert, 2005).

A general rule of thumb is to be wary of desiccation when air temperatures are more than 20 degrees F above soil temperatures. Control measures for winter desiccation include installing wind breaks or snow fences in areas with perennial problems. Golf courses and sports fields can use protective covers and heavy sand topdressing for high-value turf. Anti-desiccant products exist for turf, ornamentals, and trees. These treatments coat plants with a sealant to prevent water loss through the leaves.

Heat waves are projected to increase in frequency and magnitude while changes in precipitation will be variable (IPCC, 2014). This climate will continue to reduce snow cover in the North Central and could foster desiccating conditions for turfgrass. Although winter desiccation is not heavily reported in Minnesota at this time, it is something to be watchful of in the future.

Alpert, P. 2005. The Limits and Frontiers of Desiccation-Tolerant Life. Integrative and Comparative Biology 45:685-695.