Golf Courses Can Play a Role in Increasing Pollinator Habitat 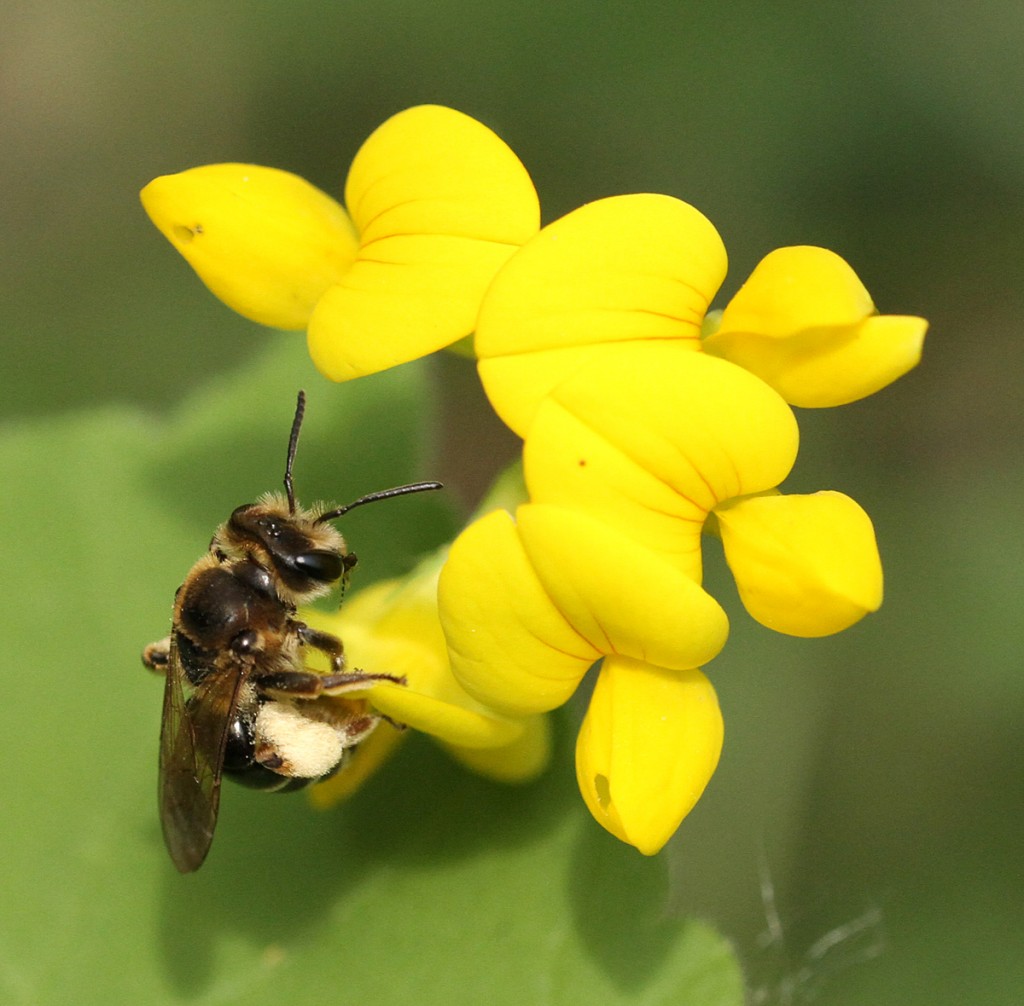 “You’re dead!” I exclaimed with glee, releasing the trigger and looking for another victim.  It was late in the day and I had about twenty minutes left in my tank.  For eight hours, I had been selecting my prey and had finally succumbed to the exhaustion only felt after dragging hundreds of feet of ½ inch hose in the sweltering heat.  Earlier on I had my handgun smoothly applying a three-way herbicide over large areas of property.  Now, tired, I was force-feeding individual plants a toxic over-dose of poison nectar.  One by one, the bright yellow weeds were sent to the land of epinastic fits.  “You’re dead!”

In hind sight, my aim was perhaps too good, for over time the harbingers of spring were slowly eradicated from the White Bear Yacht Club, then Austin Country Club, The Lost Spur and other clubs I worked at.  Not unlike the 13-stripe ground squirrel, dandelions had met their match and were being eradicated from golf courses.

Flash-forward to today; I suddenly have a strong compassion for the colorful spring flower.  As your representative upon the Garden and Landscape Pollinator work group, I have learned a lot about the plight of our pollinating insects, without which our food supply could be in jeopardy.  Our first meeting, held earlier this month, brought together concerned citizens, beekeepers, park and city managers, nursery growers and the golf course industry.  Our mission is to create a reasonable approach to enhancing our bee and pollinator population.

The issue is more than just pesticides, although insecticides surely have an impact.  It is more than natural predators such as mites and fungi.  The problem includes genetically modified crops, vast and humungous tracks of monoculture vegetables that flower once each year for a short time and, surprisingly to me, the elimination of the lowly dandelion.  Even if all the chemistries were taken off the market, we would still have a huge habitat issue.

Think about this.  Each spring hibernating native honeybees, wasps and other insects break their winter dormancy and search for food.  At one time there was an infinite amount of dandelion to provide this population of beneficial creatures a food source for the first two weeks of their foraging.  Today, our dandelion populations are dwindling, and in turn our bees are starving to death.  Planting summer flowers isn’t going to cut it when your bees have starved weeks earlier.  Crabapples are a crapshoot and most flower too late to balance out for the loss of early spring pollinating flowers…even if they are considered weeds.

In my studies I have learned that in our thoroughness to keep properties clean and weed free we have had an impact upon the bee and pollinator population.  The challenge isn’t about creating more bee colonies, although the Bee Squad from the UMN have set up camp at Town and Country Club and Somerset, it is all about providing every pollinator a food source throughout the spring, summer and into the fall.

What can golf do about the issue?  Consider some tolerance for the pretty yellow flowers so often damned for their three-week burst of pre-peak season color and which prompt the charging of the sprayer with its 20 foot boom.  No, not wall-to-wall primrose, rather buffer strips well out of play where the dandelions are allowed to grow with no mowing until after they have bloomed.  Even the most retentive green grass purest could give up a small piece of their 150-acre playground to enhance the habitat for our pollinators.

Could Minnesota golf make a difference?  Ponder this equation: 500 golf destinations allow five 20 foot wide by 600 foot long sections of their course go “to yellow” each spring would create almost 700 acres, spread across the state, of prime pollinator forage.  Would you consider that making a difference?  I sure would!

Players love the blue bird trails, bat and wood duck houses, mallard hen tubes and bird feeders placed upon their course.  Why not a section for bee habitat too?  It is such a small thing to ask for such an incredible employee, our worker bees.